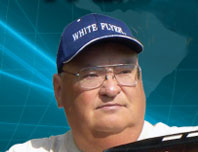 Trapshooting legend Leo Harrison III passed away Aug. 22, 2013 at age 56. The longtime Federal-sponsored shooter made the Amateur Trapshooting Association’s All American team 40 times and was named All American Team Captain 12 times. He won 27 Grand American Championships, two Australian National titles and three New Zealand National titles. Harrison was inducted to the ATA Hall of Fame in 1998 and holds a World Record for breaking 992 clays out of 1,000. He will be missed as a great ambassador of the shooting sports who was always willing to donate his time to help youth and new shooters.

A beautiful sunrise here at the 44th Southwestern

Today is the beginning of competition for the 2022

The North East Regional and FITASC Grand Slam #4 i

We welcome everyone to the 2022 Grand American! Do