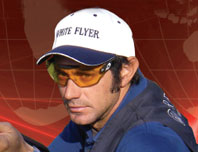 Anthony I. Matarese Jr. of Pennsville, NJ was born in 1984 and started shooting at six years old. At age 10 he started shooting competitive sporting clays and began studying the art of shooting under the guidance of Olympic Medalist Dan Carlisle.

Anthony’s list of accomplishments is long, impressive and still growing. Anthony is recognized as one of the top competitors in the world and in 2014 Anthony became the youngest shooter in history to be inducted into the National Sporting Clays Hall of Fame.  While Anthony’s shooting career is still in full swing he is considered the most successful American Sporting Clays shooters of all time based on his National and International performances.

Anthony began his teaching career at the young age of 14 and many of his students have gone on to have great success at the national and international level. Anthony is recognized as one of the very best instructors in the world. Anthony’s dedication to the game and his passion to pass on what he has learned to other shooters is evident in this teaching. He has become one of the leaders in the shooting world and his experience will make you a better shooter. Anthony is a Graduate of Franklin and Marshall College where he earned degrees in both Business Finance and Economics. Anthony teaches shooters of all experience levels from first time shooters to world-class shooters.

Warren Evans breaks his first 25 straight at the O

Congratulations Daro Handy for breaking a 99 from

All set up at the California State Sporting Clays